I went to MAPSS to train myself as a historian specializing in political history and women’s history of early modern China, and I turned out to be a historian, but focusing on social and economic history of late imperial China. I became increasingly interested in the later period under the influence of some great courses at University of Chicago: Professor Judith Zeitlin’s two on late imperial historical dramas and on the ghost tradition in Chinese literature and opera, respectively, Professor Johanna Ransmeier’s Republican China, and Professor William Sewell’s Topics of Social Theory. The most important one was Professor Kenneth Pomeranz’s history seminar Qing Social and Political History. In that seminar, I found myself eager to learn more about the lower gentry group in the Qing dynasty that is generally regarded as overpopulated, overeducated, and therefore harmful to the state, and I wanted to know how the lower gentry earn the income they needed to maintain their status. Thus, overseen by Professor Pomeranz, the seminar paper later evolved into my MA thesis. In the coming September, I will continue my PhD study at UCLA and further professionalize my skills as a historian, as what I did in the wonderful MAPSS year. 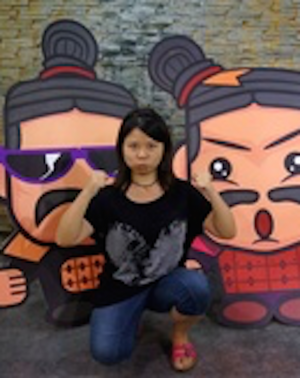